Share a memory
Obituary & Services
Tribute Wall
Read more about the life story of Jerry and share your memory.

Mr. Jerry Louis Willis, 62, of Lewisville, Arkansas passed away peacefully at Christus St. Michael Health System in Texarkana, Texas after a period of illness late on the evening of Wednesday December 21, 2022.

Mr. Willis was a lifetime resident of Lewisville, Arkansas and lived there his whole life except for his time in the U. S. Army.  When he was discharged from the Army, he decided he would come back home to Lewisville.  He was a proud graduate of Lewisville High School where he excelled on the Red Devil Basketball Team.

Jerry was born to the late Mr. Lorinzer Willis and the late Mrs. Dessie Lee Harris-Willis, July 16, 1960 at the Lafayette County Memorial Hospital in Lewisville, Arkansas.  He was the youngest of nine siblings and was preceded in death by both of his parents, Mr. Lorinzer, Sr. and Mrs. Dessie Lee, three brothers, Lorinzer Willis, Jr., Curtis Lee Willis, and Calvin Willis and two sisters, Annie Marie Willis and Mary Willis.

He is survived by his only daughter, Tina Marie Willis-Benoit.  Three brothers, Mr. Artis (Lisa) Willis, Mr. Dennis (Sheila) Willis, and Mr. Giles (Zella) Willis all of Lewisville, Arkansas and his only living sister, housemate and caretaker, Ms. Jessie Willis of Lewisville, Arkansas.  Three grandchildren and a host of nieces, nephews, cousins, friends and former co-workers, as well as a very special friend, Ms. Veronica Williams.

Masks are optional but because COVID is still active, the staff of the funeral home request that you please consider wearing one not only to protect yourselves but as well as those who are around you and use necessary social distancing.

To send flowers to the family or plant a tree in memory of Jerry Louis Willis, please visit our floral store.


Video is available for this event 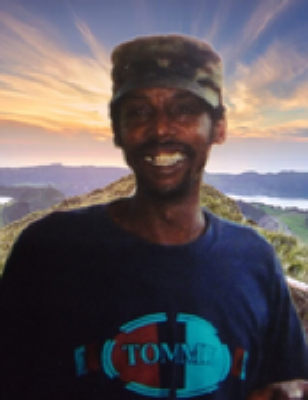