Share a memory
Obituary & Services
Tribute Wall
Read more about the life story of Elnora and share your memory.

Mrs. Elnora Smith, 86, of Fulton, Arkansas, passed away peacefully at her residence on the evening of Saturday, January 21, 2023.  She was a lifetime resident of the Fulton Community.  When she was able and her health permitted it, she spent her time cooking, fishing and loving on her family, especially her grandchildren.

Mrs. Smith was born, July 30, 1936, to the late Mr. Otto Nash and the late Mrs. Prenella Brown-Nash in Fulton Arkansas.  She was a devoted wife, mother, grandmother and friend.  She was preceded in death by her husband of 59 years, who passed away in 2011, Mr. Aaron Smith, Jr., both of her parents, Mr. Otto and Mrs. Prenella Nash, one son, Mr. Leroy Smith, Sr., all of her siblings which were three brothers, Arthur Lee, Floyd and Thomas and four sisters, Bernice, Odessa, Ruby and Gracie.

She is survived by and leaves to cherish her memories, one son, Mr. Joe Smith of Hope, Arkansas.  Five daughters, Ms. Nancy Roberts, Mrs. Ruby (Andrew) Robinson, Ms. Joan Green, Mrs. Gracie (Maurice) Henry and Ms. Alma McKillion all of Fulton, Arkansas.  Eighteen grandchildren, two of which she raised as her own, Leroy Smith, Jr. of Fulton, Arkansas and Terrell Smith of Mesquite, Texas.  Thirty Great-grandchildren, five great-great grandchildren a host of nieces, nephews, cousins, and friends as well as her special friends, Mr. Douglas Lafayette and Mr. James and Dr. Linda B. Clark.

Church protocol is that everyone who comes into the sanctuary wear a mask.  Your assistance and respect for everybody else’s health and well being would be greatly appreciated.

To send flowers to the family or plant a tree in memory of Elnora Smith, please visit our floral store. 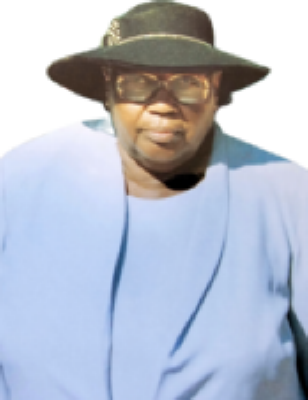