Share a memory
Obituary & Services
Tribute Wall
Read more about the life story of Bay and share your memory.

Deacon Bay Edward Dedner, Jr., 89, of Prescott, Arkansas, formerly of Stamps, Arkansas was born, May 19, 1933 to the late Mr. Bay Dedner and Mrs. Mamie Nelson-Austin in Ben Lomand, Arkansas.  He was an active member of Greenville Missionary Baptist Church in Stamps, Arkansas until his health started to fail.  He attended the Literacy School in Stamps Arkansas.  On June 10, 2002, he was given an award of recognition as Student of the Year by the Literacy Council of Bowie and Miller Counties.

On July 7, 1988, he married Marie Reynolds-Dedner who was his wife, confidant and caretaker until his death, no children were born to this union but they lived happily as husband and wife for thirty-five years.  He retired from Tex-Ark Joist (Steel Mill) and upon his retirement he continued to work in the community for many years, normally taking care of and mowing people’s yards and almost never charging them.  He was an active and the oldest living member of Rose of Sharon Lodge Number 100, Prince Hall Affiliated under the Jurisdiction of the Most Worshipful Prince Hall Grand Lodge of the State of Arkansas where he continued to serve until he could no longer attend the meetings but remained concerned about the business of the Order.

Deacon Dedner’s Homegoing Celebration of Life will be held at Hamilton-Davis Funeral Home Chapel, 415 East First Street, Stamps, Arkansas, 71860, Saturday, January 21, 2023 at 2:00 P.M. with Masonic Rites after the eulogy under the direction of the Hamilton-Davis Staff where Rev. Cedric Sharp will serve as the Officiant and Rev. Dr. Neich Robinson, Jr. will serve as Eulogist.  A public viewing will be on Friday, January 20, 2023 from the hours of 11:00 P.M. until 3:30 P.M.  Interment will be immediately following the service at Lakeside Cemetery, Stamps, Arkansas.

Because of the rise in the number of COVID cases and CDC guidelines, all who intend to attend will be required to wear a mask and adhere to current social distancing guidelines as much as possible.

MASK ARE REQUIRED DURING THE FUNERAL SERVICE AND THE VISITATION.  YOUR CONSIDERATION AND COOPERATION IS GREATLY APPRECIATED

To send flowers to the family or plant a tree in memory of Bay Edward Dedner, please visit our floral store.


Video is available for this event 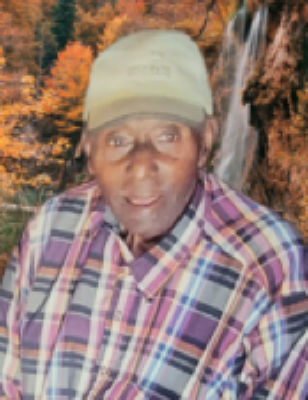